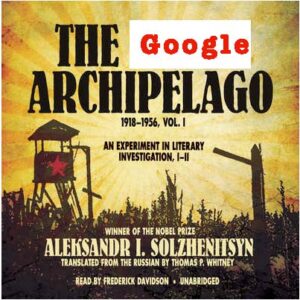 During the cold war the West called dissenters those Russians in the USSR who voiced their complaints against the system. A definition – ‘dissenter’ – which, processed through the lexical grinding machine of the CIA and associates, was actually stripped of its original meaning to become a weapon of trivial instrumental imperialist propaganda. Said it another way, it was the dissenters who gave the pigs of the animal farm the tools for the pigs’ full spectrum propaganda.

But none can halt the inaudible and noiseless foot of time. (1)And with the fall of the Berlin Wall it has come to pass that Western propaganda itself has created the dissenters. Meaning people who have been persecuted or even tortured, as is the case of Julian Assange or Chelsea Manning. Plus a hefty list of others – uncomfortable men, daring an escape from the Twilight Zone, thus dangerous by definition, and therefore marginalized or branded as traitors, maladapted or plainly mad, for to define true madness what is it but to be nothing else but mad.

However, increasingly, such criminalizing or demonizing measures appear inadequate – notably in the current phase of the ‘great reset’, meaning a global theft of freedom in exchange of a pseudo-security or pseudo-salvation from system-fostered terrors, dangers and apocalyptic ills.

And yet it is not enough. Unlike with dictatorships, Western pseudo-democracies have established a soft and practically invisible censorship consisting of the concentration in a few power groups of all main sources of communication and information, so as to drown any dissenting voice into the bottomless ocean of silence.

It may help that our Zionist “elder brothers in the Abrahamic faith” (that’s how the current Vatican calls them, reversing 1000 years of Catholic theology and practice), own and control 90% or thereabouts of all communication media, printed, Hollywood, academia, radio-TV and Internet.

Still, he who does not submit is jailed, or simply marginalized, rendered irrelevant in the Google archipelago, a wondering and wandering atom among the million molecules of deplorables.

Yet the strategy is increasingly proving inadequate, while freedom is hijacked in exchange for a pseudo-security that is fake, proclaimed and accompanied by threats. Nevertheless it is a pseudo-security made inevitable, following the train of provoked and questionable epidemic threats, possibly set up by the very security-providing system. 9/11 may serve as the master key or copy.

Therefore sundry ‘free’ countries have passed or are passing legislation involving punishment for the crime of opinion. This is inevitable for the greater the enforcement of the official ministerial truth, the more likely are desertions of the ministry by the unbelievers. So far, desertions are limited and rendered noiseless by a thousand-eyed censorship. And yet they risk to garnish attention and rip the curtain cloth that shelters fiction from fact.

For example, Germany has pending laws to prevent the questioning of vaccine(s), a remarkable instance of a new medical theology. And with the spirit of rebellion growing at large, so grows the violence of repression, even though the ‘elder-brothers’ owned media waters down the reports to dampen or hide their impact.

Much as, in another continent and settings, the same media all but ignored Trump’s mass rallies, while extolling Biden’s, often attended by eight people and a dog.

Massive censorship is justified on the ground that social media companies are private, therefore entitled to establish what is and isn’t true. What more evidence is needed to demonstrate the ethical and intellectual rotting decline of the West.

Clearly the escalation of threats and repressions is a sign of weakness among the globalist masters. For to establish their own truth they need to cast off the mask of liberty. Though given the flow and development of pandemic-related events even that mask may be redundant.

The legitimation of what is but an influenza wave, branded as a bubonic plague, falsified in the numbers and yet lethal for the cure of other illnesses. The imposed obedience clearly inconsistent, contradictory, ridicule in scope and medieval in appearance, should open the eyes of those who like to use them.

That may not be the case. Hence the path is open for the cashiering of constitutions and the introduction of freedom-killing legislation.

It is questionable whether generations educated to passiveness and in love with the ephemeral, may attempt a defense. They have but a rudimental notion of liberty, mainly associated with the liberty to purchase and consume. It is equally questionable whether their defense may trespass the borders of disillusionment. And even disillusionment is uncertain, as for many belonging to the herd can overcome the fear of being led to slaughter.

Therefore it is not with a large mass of inert followers of the mainstream media from hell that the West can defend its position of some kind of leadership.

In my archive, there is a video snippet where the ‘spokesman’ for a band of Pakistani migrant hooligans in the North of England says, “In 20 years we will take over f—ing England.”

I know I am but one of many living in the Google archipelago, where the godfathers of globalism reign supreme.

It seems we cannot bring light to darkness or call forth the mutinous winds of rebellion. As rhetorical as it may sound, we may as well dispel the illusion of redemption, bury it in the earth and, deeper than did ever plummet sound, drown the book (2) that extols the values and worth of European civilization.

PS. For this article I relied on material provided by an anonymous European writer whom I would gladly cite if only I knew his name.

1 Response to The Google Archipelago