Biden’s Data in the Cloud 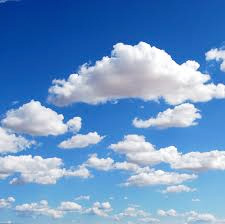 If flattery is the infantry of negotiations, then mendacity is the air force of politics. There are exceptions, but as a practical rule truth tellers are not deemed worthy of the public trust.

To the question, “who does the deeming?” the reader will have already answered euphemistically, “the mainstream media,” better known as “media from hell.” Meanwhile the social media conglomerates are now the official Ministry of Truth and the unchallenged administrators of the First Amendment, quietly turned into “Non-Freedom of Speech”. END_OF_DOCUMENT_TOKEN_TO_BE_REPLACED

A Stroke of Genius 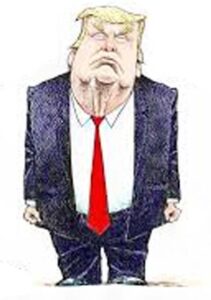 It takes strength, endurance, resignation and stomach to like Donald Trump. Not for what he actually is. Under the pen of Alexandre Dumas, for example, Trump may even appear as a not-dislikable Yankee D’Artagnan of sorts. Maybe with less finesse than the original musketeer, whose contained yet French swaggering captivated millions of readers, when reading was still ‘cool’.

Rather for some infamous things Trump did and for some unspeakable people he has endorsed or surrounded himself with.

As for things evil, I’ll refer, for one, to the disgraceful delivery of the stolen Golan Heights to the Zionist entity – proving that before the Arabs’ complaints were to be finally dismissed, all remedy should be hopeless. END_OF_DOCUMENT_TOKEN_TO_BE_REPLACED

The Sheep of the Apocalypse 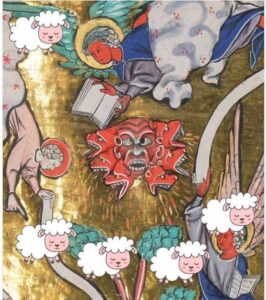 There is a history in all men’s lives (1), and in the history of their lives men often meet with mysteries, meaning events inexplicable via the resources of common sense and logic. Some mysteries are terrestrial, some metaphysic. Setting metaphysics aside, I’ll deal with the terrestrial.

I refer here to the turbulent events of the just ended summer of 2020. Emblematic of last summer’s turbulence were the destructive and deadly riots, associated with (objectively) random police incidents.

This is in no way an expression of insensitivity towards the undue loss of human life. But seen in the context of violence in America, the death of a suspect with a hefty crime-record and who violently resisted arrest is not – however regrettably – an extraordinary event. Just during the last Labor Day weekend, and just in Chicago, there were 11 people killed and 70 wounded among those who survived the shootings. END_OF_DOCUMENT_TOKEN_TO_BE_REPLACED 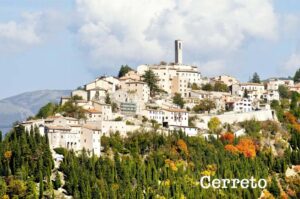 Associating medicine with charlatanry smacks of ignorance and arrogance, two semantic relatives often found together. Perish the thought! But there is currently an exuberance of acknowledgment of a dubious medical pandemic, coupled with gross discrepancies in related statistics and fierce debates among disagreeing experts.

Furthermore the media, at its domestic and international large, rarely misses an occasion to demonstrate a blind mistrust of its readers’ intelligence. And with the energetic futility of a squirrel in a revolving cage, it feeds them with absurd theses. END_OF_DOCUMENT_TOKEN_TO_BE_REPLACED

The Bad Ending of a Good Idea 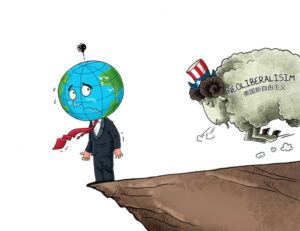 Sometimes ideas born out of an apparently sensible necessity evolve into something diabolically inevitable. On the other hand, the history of the formation of ideas is, or could be, what frees the mind from a blind search for explanations. For the alternative is to (dis)-content ourselves with effects without knowing their causes, other than attributing the faults of the system, for example, to the greed and covetousness of man. Which is as much as saying that a great cause of the night is lack of the sun (1) – or the equivalent of when medicine, unable to explain an illness or disease, says it is ‘genetic.’ END_OF_DOCUMENT_TOKEN_TO_BE_REPLACED 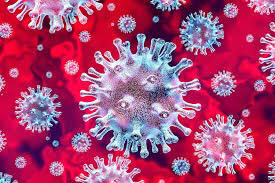 Whatever busies the mind without corrupting it has at least this use, that it rescues the day from idleness, and he that is never idle will not often be vicious.

The previous unnecessary remark is intended as a pre-emptive application for absolution from the reader whose views expressed hereafter may not mirror his. We live in explosive times and some believe that diseases desperate grown should by desperate measures be relieved or not at all (1). Furthermore, historically, some of the deadliest conflicts centered on metaphysical disputes. And some of the current arguments may border, if not with metaphysics, at least with what is invisible to most of us. END_OF_DOCUMENT_TOKEN_TO_BE_REPLACED

The World Upside Down 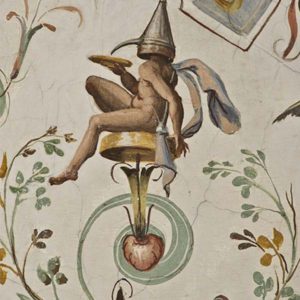 The Coronavirus phenomenon has left so many attired in wonder that they know not what to say (1) – including the undersigned who runs the positive risk of losing some or all of his 25 readers.

Writing objectively about the reported death of thousands and the predicted demise of millions is impossible. For the very questioning of the figures triggers a perception of callousness, cynicism or indifference, however alien these sentiments may be in the mind and soul of the questioner. END_OF_DOCUMENT_TOKEN_TO_BE_REPLACED 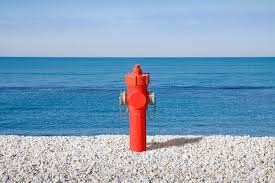 The life of peoples are a vague and inexhaustible subject, and I should tell the reader that I am not presenting here yet another opinion on the Coronavirus phenomenon and its broadened effects on society. For, when examining current affairs, I am eroded by subtle remorse, weakened by rationalizations, laden by perplexities and constitutionally prone to be a martyr of doubt. END_OF_DOCUMENT_TOKEN_TO_BE_REPLACED

The Coronavirus and Galileo

As the following content may be controversial, I do not pretend to truth, even to the truth of him whose thought and findings I report. My basic knowledge rests on the understanding that the property of rain is to wet and of fire to burn, and that a great cause of the night is lack of the sun.(1)

Furthermore, given the current rapidity of the information flow, it is possible that what I relate here, by the time it is published, may have become the majority’s opinion. Though probably not, for we should keep in mind that, historically, the fabric of superstition (religious or even scientific) has often defied the feeble efforts of reason. END_OF_DOCUMENT_TOKEN_TO_BE_REPLACED 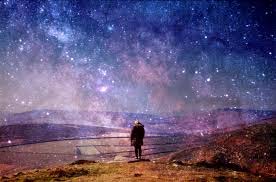 In all mass phenomena it is uncertain whether to believe the scientists as the infallible voices of truth, or if, in their explanation of some events, we see but the dimming of the light of reason. For in the current currents of the world, science is often an improper verbal expression, used by sundry technocratic dictatorships to suggest unquestionable infallibility, leading to the imposition of very questionable restrictive measures END_OF_DOCUMENT_TOKEN_TO_BE_REPLACED